Peter Woodcock "The Killer They Couldn't Cure" - Beyond The Dark #5

https://www.youtube.com/watch?v=BgAImfwS-c8
You are using an out of date browser. It may not display this or other websites correctly.
You should upgrade or use an alternative browser.
No comments have been found at this time 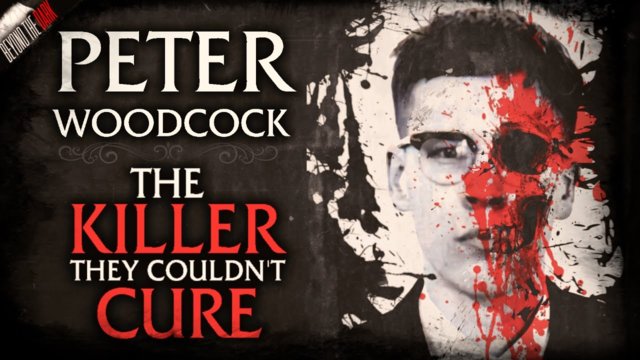 Peter Woodcock was born on March 5th, 1939, in Peterborough, Ontario to a young 17 year old Waita Woodcock, finding it too difficult to raise the young Peter at such a young age Waitia soon gave him up for adoption, While in an orphanage Peter had felt as if he was abandoned by his mother and soon began to exhibit strange behaviour for attention,, This type of behaviour would make it extremely difficult for him to form bonds within many of his foster homes and Peter was classed as "Unadoptable" by the staff. He would spend the first three years of his life being shuffled from one home to another

It is know while staying with one foster family Peter was being physically abused, he was punished so severely that he sustained a sever neck injury, Once Peter returned to the orphanage his behavioural problems only got worse.His crying was almost consistent and would cower in the corner if anyone approached him and would often times be heard making animal like sounds.

At the age of 3, young Peter would finally have a chance at a new life He was taken in by Frank and Susan Maynard, a wealthy foster family who provided Peter with a stable and loving environment. It took some time and hard work but eventually the screaming began to subside and as Peter grew older he started to contain his odd behaviour around others. However Peter was still seen as an outcast and recluse by his peers which made him a target for bullies, he would be seen hiding from not only his tormentors but other children in bushes whenever he could.

As Peter grew into puberty his reclusiveness continued to worry his parents, He seemed incapable of escaping the feeling of abandonment that had engulfed his troubled childhood. Still being unable to interact with others his parents entered him into private school with the hopes of Peter making friends and being able to finally come out of his shell, It is at this new school Peter claimed to have consensual sex with a 12-year-old. Peter was reported to have also excelled at his studies, During one occasion with a Social Worker it was noted that Peter was more comfortable around younger children often playing games with them with him being the leader, the Social worker would state "Although he verbalises his resentment for the other children, he has never been known to physically attack another child ..." Whenever he interacted with students of his own age he would exhibit boastful behaviour and bizarre idea's, During a separate talk Peter had also wished that a bomb would fall and kill all of the children in the area.... The warning signs Peter was exhibiting were all but ignored.