https://www.youtube.com/watch?v=EKw8sLiyFpE
You are using an out of date browser. It may not display this or other websites correctly.
You should upgrade or use an alternative browser.
No comments have been found at this time 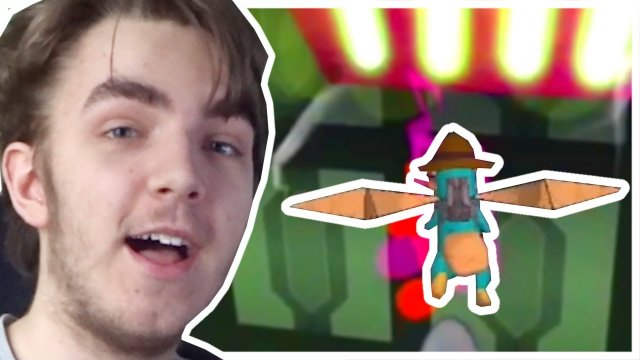 Apr 17, 2021 at 2:54 PM
Posted by ninjajou10
In this video I show how I completed the whole Phineas and Ferb: Dimension of Doom game...like all the gears, all the trophies, EVERYTHING! Also this was streamed on my Twitch! I hope you enjoy this video. Please like, subscribe and comment for more ideas. LET'S GO FOR 12 LIKES!!!!

Twitch (because I'm too lazy to edit videos): https://www.twitch.tv/ninjajou10

In this video I played Phineas and Ferb: Dimension of Doom which is not a similar looking game called Phineas and Ferb: Transport-inators of Doom. Btw the script took me like 2-3 hours to write cause I had to go through all the gameplay, around 7 hours to edit......the gameplay itself is like 3 hours....this I'm pretty sure is my 3rd biggest video I've even worked on.

Let me just copy this info about Phineas and Ferb...ya know....for the tags!!!:

Phineas and Ferb is an American animated comedy-musical television series. Originally broadcast as a preview on August 17, 2007, and officially premiered on February 1, 2008 on Disney Channel, the series follows Phineas Flynn and his English stepbrother Ferb Fletcher on summer vacation. Every day, the boys embark on some grand new project, which annoys their controlling sister, Candace, who frequently tries to reveal their shenanigans to the boys' mother, Linda Flynn-Fletcher, and less frequently to their father, Lawrence Fletcher. The series follows a standard plot system; running gags occur every episode, and the B-Plot almost always features Perry the Platypus working as a spy ("Agent P") for the OWCA (Organization Without a Cool Acronym), to fight an evil scientist named Dr. Heinz Doofenshmirtz. However, Dr. Doofenshmirtz, or Doof as he refers to himself, feels the need to assert his evilness. Sometimes, other villains scoff at his level of evil. The two plots intersect at the end to erase all traces of the boys' project just before Candace can show it to their mother. This usually leaves Candace very frustrated.

Phineas and Ferb The Movie Game: The Dimension of Doooom! is a free, online game on the website of Phineas and Ferb the Movie: Across the 2nd Dimension. It was released June 18, 2011, on the Disney website.

In it, players control either Phineas, Ferb, Agent P, or Alternate Candace as they infiltrate the lair of Alternate Doofenshmirtz to stop his reign of terror across the Tri-State Area. The gameplay is similar to that of another Phineas and Ferb online game, Transport-inators of Doooom!.
Keywords
Gameplay
0     0     59